Música invisible for flute re-designs the flute in a personal way in relation to the musical tradition. The organology (acoustical studies on how musical instruments produce sound) comes together with the creative exploration of sound possibilities and ways of playing: research and experimentation. In Música invisible, the extended techniques focus on how these new sonorities transform the perception of music, becoming extended listening techniques.

#1. Microtones: uses extremely micro-tonality: 32th of tone. In between A and B there is a scale of 32 micro steps, each one measured as 6.25 cents. It is not the idea to turn the audience into a “cent measure- machine”, but to create a musical context where concentration gets wider, opening the perception and the focus.
For solo flute and optional lighting.

#2. Spoken voice: is based on fragments by Friedrich Hölderlin used by Luigi Nono in his string quartet “Fragmente – Stille an Diotima”. In his music score Nono asks specifically not to read these texts in the concert out loud, neither include them in the program notes. In my piece the text is modulated through the instrument by means of different techniques, it works like a texture. Respecting Nono´s whishes they should not be understood.
For solo flute and optional set of electrical fans.

#3. Polyphony: is a choral written for multiphonic sounds that have an homogeneous dynamic range and close pitch range in order to be able to lead the voices of the choral. Multiphonics bring also turbulences and noises. That happens when monophonic instrument plays polyphonic sounds. For solo flute and optional radio.

#4. Dancer or “how emptiness could be so active”: presents a counterpoint between the solo flute and a dancer which are  performing in the limits of perception. A very narrow register in the flute, extreme soft dynamics, and the use of silence are the main materials of this piece. The dancer, with minimal movements, comes briefly into sight from the obscurity around, as sound comes out from silence. For solo flute and optional dancer. Dance choreography is open. A visual proposal instead of dance is also welcome.

Techs for optional versions with props: 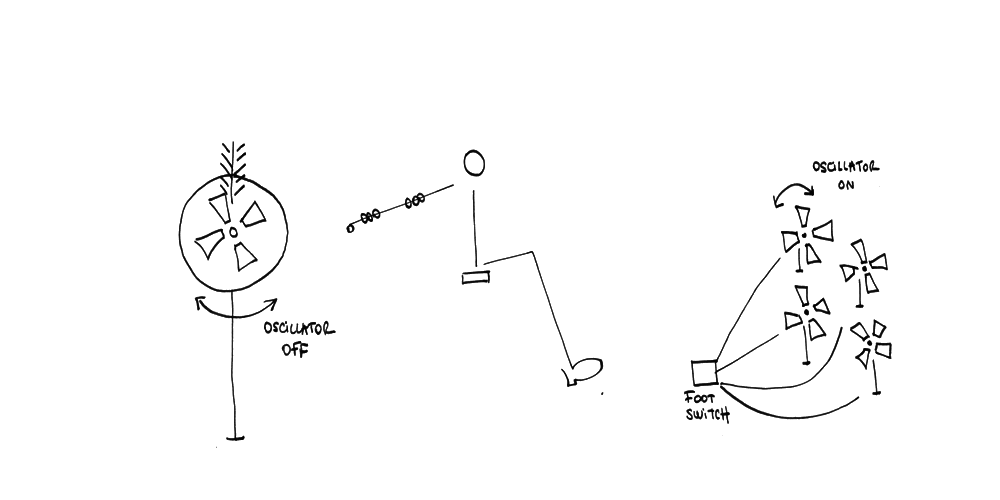 Música invisible for flute and dancer